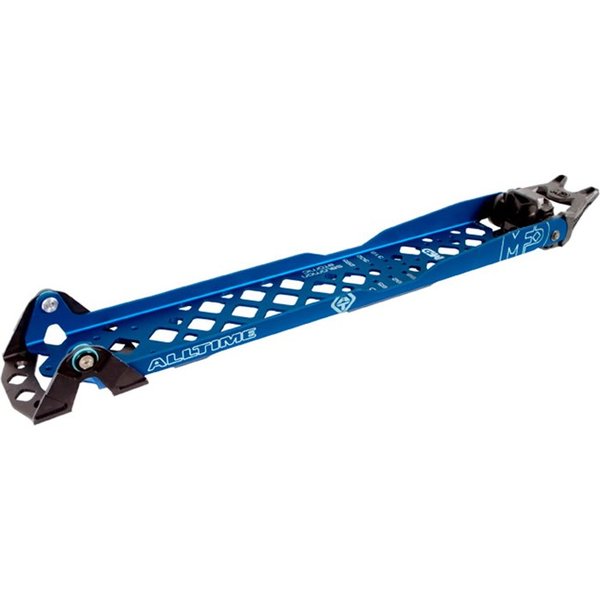 MFD Alltime Salomon Touring Binding Plate (M/L) 2012: As skis have adapted more and more to the increasing accessibility of the backcountry, bindings have struggled to keep up. Some are light for the climb and some are beefy for the downhill but still are never as reliable as your favorite DH bindings. The MFD Alltime Touring Binding Plate is just that, “alltime”. Designed to work with your trusted Salomon/Atomic bindings these bad boys offer the lowest stand height of all high DIN AT binding systems, while the Pendulum Pivot™ brings your pivot point higher, allowing you efficient ski touring while using your alpine bindings.

Recommended Use:
To be used on alpine touring adventures with your alpine downhill bindings
Additional Features

Free Floating Chop Block™ lets your Heel Lock float with the flex of your ski while allowing the ski to flex more naturally.

We recommend a brake width that is equal to the ski waist width and at most 15mm wider.
Construction